Application of artificial intelligence in AML processes and Anti-fraud systems

In the era of advanced IT systems supporting work in many areas related to data processing, it is impossible to imagine an efficient Anti-fraud class tool (including AML) operating without the use of advanced analytical methods.
Considering the methods and IT tools used to improve and automate processes related to the detection of criminal transactions, including transactions bearing the marks of money laundering  (AML) or financing of terrorism (CFT), we usually think about statistical methods associated with transaction analysis.
Classic statistical methods used in a wide range of applications, eg marketing, sales planning, value analysis or subject analysis of transactions for Anti-fraud or AML – are created based on classical algorithms based on predefined rules of analysis.
The system analyst has at his disposal a certain pool of rules that can be configured with parameters (this process is called the parameterization of rules) to achieve the expected results. In the case of transaction analysis, examples of such rules can be:

The process of configuring the transaction analysis rule sets can be divided into the following steps:

What is the “right selection of analytical rules” and why it is so important for transaction analysis?

Just in the first stage, which is the Choosing the appropriate rules, it is necessary to have extensive expert knowledge on the nature of the transactions that are in the transaction register.
Depending on the type of activity, the set of rules changes.

In a classic retail bank where the analysis is focused on the bank transfers, the set of rules will look completely different than, for example, an exchange broker, a factoring company, insurance company or investment fund company.

Why is the process of configuring the values ​​of the transaction analysis rules parameters so crucial ?

After determining the set of rules that we will use in the process of transaction analysis, it is necessary to determine the values ​​of parameters for each rule.

The correct choice of parameter values ​​does not depend only on the nature of the company, but also its size, location, type of customers, products, in general – on the actual data to be analyzed.
It is easy to imagine that completely different rule parameters will be selected for a large investment bank than a bank offering retail banking.
In both cases, the amounts and volume of transactions are radically different: Trading in tens of millions of dollars in an investment bank is not surprising, while in a small retail bank – it should already raise the alarm.
The goal that should guide the analyst at this stage is:

1. Eliminating or reducing the false-positive phenomenon

2. Prevention of passing through the fraud transaction or group of transactions through AML filters (false-negative phenomenon)

What is the false-positive phenomenon in AML and Anti-Fraud systems ?

The false positive phenomenon is an incorrect classification of a transaction as a suspected (possible fraud) despite the fact that it is a proper operation, consistent with the law and is not called money laundering. Too many transactions of this type have negative consequences for the institution, like:

What is the reason for the false-positive phenomenon in the transaction analysis process?

The reason for the false positive phenomenon is most often too careful selection of the parameters values ​​for rules.

When the value of the rule parameter is set incorrect (eg the threshold amount is too low) – we will deal with too many transactions matching the filter rule, which will result in numerous typing of these transactions as suspicious.

At this point it is worth paying attention to the fact that rule parameters can be both relative (percentage) and absolute (eg amounts). In the case of nested rules (aggregation rules) or multi-rules – these can also be normalized abstract quantities – e.g. point values)

The opposite term to the  false-positive phenomenon is false-negative – a situation in which the values of the rules parameters were chosen too optimistically (eg too large absolute amounts, too large standard deviations, or too low frequency thresholds), which makes the transaction of a criminal nature which actually was money laundering or other criminal nature (fraud) – be not classified as a suspect. (Transaction or group of transactions went unnoticed by filters)
Our experience shows that the process of choosing the value of these parameters is not an easy task and often requires multiple corrections and improvements after the implementation of the Anti-Fraud and AML class solutions.

The last stage of the transaction rules configuration is the determination of weights (powers) of each individual rule. This process is crucial because it directly affects the final result of the analysis of a given transaction or group of transactions.
The analyst’s task is to choose the weights for each rule so that they provide a comprehensive look at the transaction and qualify it as a suspect regardless of the criminal’s methodology.
The configuration of scales is in fact a higher-level of  previous process (parameter values configuration process) . Incorrect selection of rules weights can cause the same negative phenomena as incorrect selection of parameters of individual transaction analysis rules, which has been described above.

Summing up the considerations on the classical methods of analyzing transactions, it is worth noting that even an excellent anti-fraud tool for catching suspicious transactions may prove to be useless if its configuration is not carried out in a manner that takes into account the individual character of the company or institution.

The role of artificial intelligence algorithms in modern analytical systems.

When considering analysis methods based on Artificial Intelligence algorithms, we usually think about mechanisms that use machine learning. An important feature of these mechanisms, which distinguishes them from classical methods based on predetermined rules, is the use of learning sets, without specifying rules to analyze transactions or other events subject to analysis.

The predominance of ML algorithms over classical algorithms.

In order to approximate these differences, it is worth using an analogy to the chess game implemented by a computer program. In classical terms, with the use of decision trees, the programmer must program all rigid rules of movement of individual figures and formations. The algorithm, knowing the set of rules to which the chess game is subject, attempts to “predict” the opponent’s movement and takes such moves to prevent losing and in the second place lead to a win or draw.

The scenario of the game is done by creating a decision tree structure on which all possible opponent movements are unrolled with a certain number of queues of the game ahead.

The limitation of this approach is the computing power of the machine, which can not predict movements in an infinite amount. In this case, the decision tree is always limited to a certain depth, which directly corresponds to the number of “future” moves taken into account by the algorithm. It is worth mentioning that the increase in computing power and memory is not increasing linearly but exponentially, which creates many optimization problems.

Ultimately, the approach based on the decision tree is always a certain compromise between the amount of resources needed and the effectiveness of the algorithm itself.

The use of artificial intelligence in chess algorithms is simply to learn how to play effectively by observing your own progress. At first the algorithm is very clumsy (in an ineffective sense), just like a child learning basic motor activities or speech. With time, however, in hundreds or thousands of subsequent iterations the algorithm acquires an incomparably better ability than the classical algorithm.
Today, we know for sure that the best classic chess algorithms are losing with modern algorithms based on AI.

The heart of any algorithm that uses machine learning is the appropriate type of neural network.

Currently, in addition to standard neural networks directly learned, several advanced types of neural networks are developed, eg Convolutional Neural Network (CNN) or Long short-term memory (LSTM) in which feedback occurs (back-propagation) .
Generally, without going into technical details, the choice of the network type depends on the nature of the input data, on whether the input data is sequential, whether they depend on each other whether they are independent, whether there is a feedback between the input and output, etc.
Nowadays, problems solved with AI currently cover very broad areas such as: sound (speech) recognition, image recognition, pattern detection, classification, behavior prediction, anomaly detection, etc.

Part 2 – The Advantages and Threats of Modern AI Anti-Fraud systems. 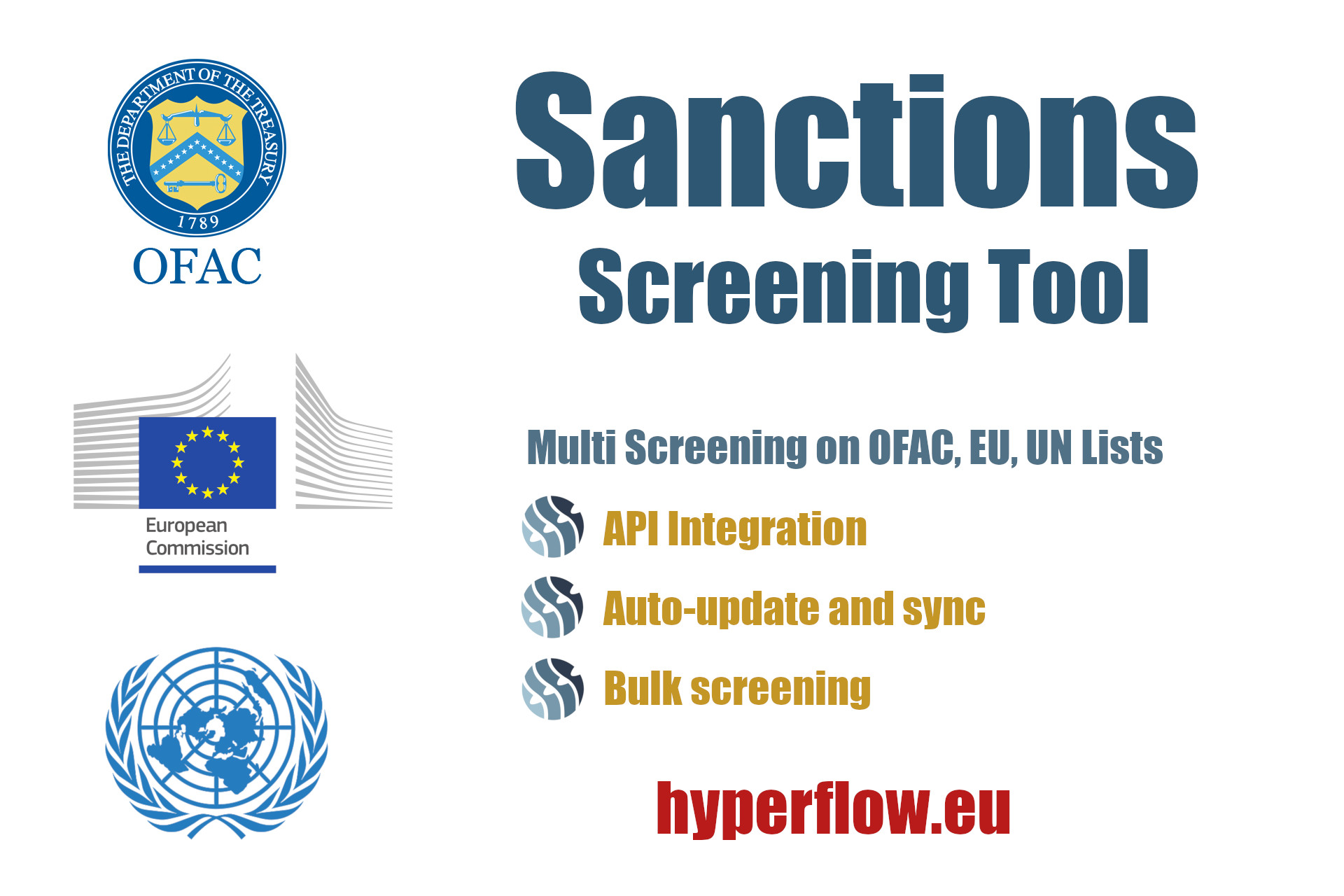